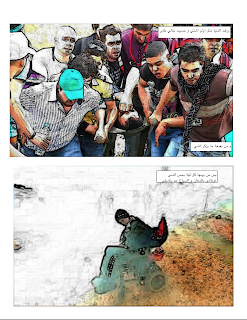 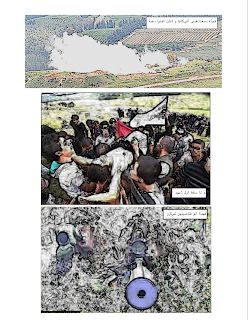 Posted by Rami Zurayk at 3:02 PM No comments:

'The general problem of rapid resource depletion that occurs in the poor countries of the world is frequently a result of foreign exploitation and not because of a country’s growing population. The exploitation of the Democratic Republic of the Congo’s natural resources by shady means—“opaque deals to acquire prime mining assets”—organized through shell companies by British and Israeli capital is an example of what can happen." (Thanks Safia)

http://monthlyreview.org/2013/01/01/global-resource-depletion
Posted by Rami Zurayk at 2:48 PM No comments: 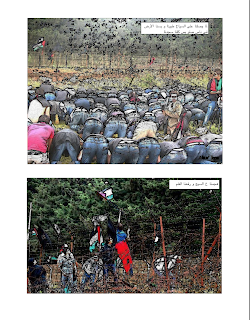 Posted by Rami Zurayk at 1:16 PM No comments:

'London : India has the largest number of smallholder farmers in the World, 600 million by some estimates. From this army of workers one impoverished desperate man, or indeed woman, with a noose of debt around their neck takes his or her own life on average every thirty minutes, A statistic barely comprehensible, representing the tidal wave of suicides that has swept through the farming community in the last 15 years.
The agrarian crisis of which farmer suicides are a tragic consequence is a mega calamity, rooted in one fundamental cause,which P. Sainath (i) ,rural editor for The Hindu describes as ‘the drive towards corporate farming', predicated by the “predatory commercialization of the countryside”, that is forcing “the biggest displacement in Indian history”. Shocking and destructive it should be seen as part of a greater whole of interconnected issues facing India . Sainath makes this clear, “don't detach this crisis from the overall political, economic social direction of the country, he says.' (Thanks Martha)

http://www.countercurrents.org/peebles260113.htm
Posted by Rami Zurayk at 3:25 PM No comments: 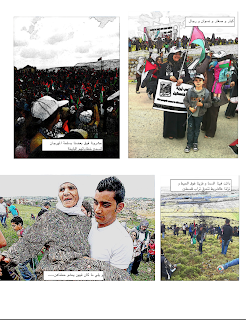 Posted by Rami Zurayk at 3:15 PM No comments:

Co-opting women in the "value chain": forget about power, the market will liberate you

"One approach to enhancing women’s power, supported by Oxfam, is to position women ever more ‘strategically’ into the ‘value chain’ of globalized production, on the assumption that if only they had the opportunity to earn the equivalent of their male peers, they might earn an equivalence of power and influence. In so doing, a fundamentally flawed food system is being further ‘propagated’, in effect out-casting other food systems. Women are generally solid about their pivotal role in securing daily food and water. But when they join global supply chains, women, like men, become complicit in a livelihood system that keeps the family in a state of permanent impoverishment." (Thanks Daniel)

http://www.pambazuka.org/en/category/features/86046
Posted by Rami Zurayk at 2:07 PM No comments:

Posted by Rami Zurayk at 1:55 PM No comments: 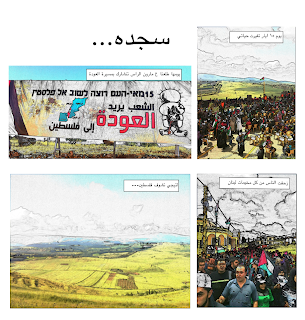 "Once again Malawi finds itself in a tight spot. A food crisis set off by erratic rains, rising food prices and economic hardships is slowly unfolding. For the first time in several years, the country’s ability to feed its citizens is at risk. Sadly and unexpectedly, Malawi has lost its hard-earned status as an agricultural success story — it used to produce enough maize for its people to eat and still provide a surplus to neighbours. Many are now wondering what went wrong and whether there could be lessons for other African countries." (Thanks Daniel)

http://www.pambazuka.org/en/category/comment/85977
Posted by Rami Zurayk at 12:32 PM No comments:

Guess who said that: the land monopolist renders no service to the community, contributes nothing to the general welfare

"In 1909 a dangerous subversive explained the issue thus. "Roads are made, streets are made, services are improved, electric light turns night into day, water is brought from reservoirs a hundred miles off in the mountains – and all the while the landlord sits still. Every one of those improvements is effected by the labour and cost of other people and the taxpayers. To not one of those improvements does the land monopolist, as a land monopolist, contribute, and yet by every one of them the value of his land is enhanced. He renders no service to the community, he contributes nothing to the general welfare, he contributes nothing to the process from which his own enrichment is derived ... the unearned increment on the land is reaped by the land monopolist in exact proportion, not to the service, but to the disservice done."
Who was this firebrand? Winston Churchill. As Churchill, Adam Smith and many others have pointed out, those who own the land skim wealth from everyone else, without exertion or enterprise. They "levy a toll upon all other forms of wealth and every form of industry". A land value tax would recoup this toll." (Thanks Laila)

Monbiot excellent as ever

http://www.guardian.co.uk/commentisfree/2013/jan/21/i-agree-with-churchill-shirkers-tax
Posted by Rami Zurayk at 12:27 PM No comments:


To stop hunger, it's not enough to change policy; we must challenge power

The If campaign has laudable aims, but real change will only come from tackling unfair trade and the financial sector's power
"Campaigning is a challenging business at the best of times. As campaigners, we need to be able to motivate the public to inspire political and personal action – this is true for everything from breast cancer awareness to action on climate change. And getting the message right is no small task. The If campaign emerges just a few years after Make Poverty History, a simplified message, which certainly inspired the public but failed to meet its objectives." (Thanks Anne)
http://www.guardian.co.uk/global-development/poverty-matters/2013/jan/24/hunger-change-policy-challenge-power
Posted by Rami Zurayk at 12:23 PM No comments:

After a looooong absence, I am blogging again. There is just too much stuff that needs to be disseminated.
Posted by Rami Zurayk at 12:20 PM 1 comment:

By Samer Abdelnour, Alaa Tartir, and Rami Zurayk
The impact of Israel’s occupation and colonization on Palestinian agriculture is well-known but little has been written about the effect of Palestinian Authority and donor policies. Guest author Rami Zurayk joins Al-Shabaka Policy Advisors Samer Abdelnourand Alaa Tartir to assess the degradation of the sector and the ways to cultivate local livelihoods, reduce aid dependency, and exert the Palestinian right to the land, even under conditions of settler colonialism and prolonged occupation.

For the full brief, read more or download by clicking the links below; for the executive summary, click here.
Read Online | Download PDF
Al-Shabaka materials may be circulated with due attribution to Al-Shabaka: The Palestinian Policy Network.
Posted by Rami Zurayk at 8:46 AM No comments:

Monsanto may lose billions in GM soy royalties row
Monsanto faces the loss of billions of euros in revenues from its genetically-modified (GM) soy in Brazil after the country’s Supreme Court ruled that any decision reached in a local court case should apply nationally.
http://www.foodnavigator.com/Financial-Industry/Monsanto-may-lose-billions-in-GM-soy-royalties-row
Posted by Rami Zurayk at 7:44 PM No comments:

Lebanon: A Country of Changes

My Al Akhbar article translated by dear Laila
Recently a number of graduate students of environmental studies at the American University of Beirut (AUB) carried out a study on changes in livelihoods in four rural areas in Mount Lebanon.
They studied the environmental, economic, and social transformations that accompany these changes.
The results confirmed what we already knew, but they did reveal some new and interesting issues.
The study showed that there was a great deal of symmetry in the dynamic of the changes despite the differences in the areas studied, which covered from the Koura area in the North to the Chouf just south of Beirut.
Read the rest here:
http://english.al-akhbar.com/content/lebanon-country-changes
Posted by Rami Zurayk at 7:32 AM No comments: