Ramadan, the Muslim month of fasting has started yesterday or today, depending the location and the politics. It is also the month of food: many people starve themselves all day and eat as much as they can at night. Prices of food also increase during Ramadan. Meat prices have increased by 15% in Lebanon over a 24 hours period because of increased demand. My cousin who works as a builder in my village of south Lebanon tells me Ramadan is the worst month for him. He cannot work as much as he should, because it is tiring to do heavy work without food or water, and he has to buy meat everyday for his household, because it is not considered proper nowadays to break the fast with rice and burghul and beans. By the end of Ramadan, he is much poorer than at the start. And to think that the clerics advertise fasting in Ramadan as a way to "feel with the poor"! But it is also a special celebrations month for those who can afford it: here are some pictures of Ramadan in the Muslim world from Al Safir. 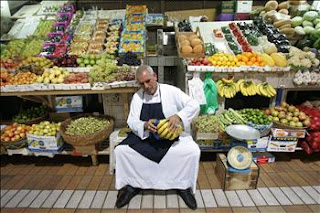 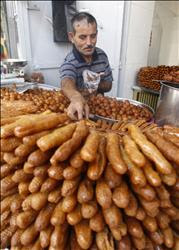 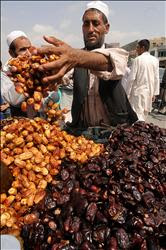 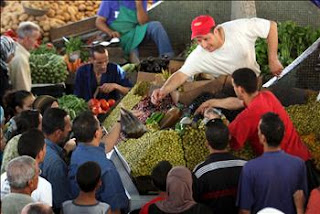 In Algiers, Algeria
Posted by Rami Zurayk at 5:08 PM

I guess 'what is expected by society' and 'what the clerics advertise' come neatly together here: he 'has to' buy meat, which in turn will make him 'feel with the poor'... still not sure if this is what Ramadan is for. Glad to be a vegetarian office-worker though, these days.

Ramadan kareem, for you and yours, and thank you for your great blog!