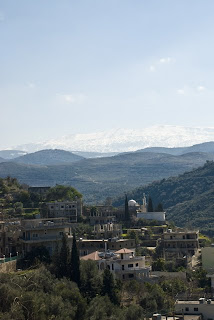 Akkar is the poorest district of Lebanon: a recent UNDP report found that 63% of the families are deprived and face serious poverty. Located in the extreme north of the country, Akkar is an agricultural district, with an estimated rural population of 80%, the highest in .

The landscape of Akkar is breathtakingly beautiful and extremely diverse. There are 3 principal physiographic zones: the plain (al Sahl), the mid-elevation plateau, and the mountains (al Jurd), which reach up to the tallest , the Qornet al Sawda. Akkar is home to the Qammou`a fir forest, a unique environmental treasure, and to vast expanses of oak and pine forests. The plain is endowed with rich, fertile soils and generous water resources. On the coast, small scale fishing and vegetable production are a major source of income. Besides farming and fishing, enrollment in the Lebanese army is one of the few livelihood options open to the poor of Akkar.

Akkar was under quasi-feudal rule till recent times, and the current social and economic relations are still heavily impregnated with this history. As in all feudal societies, resources, especially land, was in the hand of a few. This has resulted in tremendous social and economic inequality: Akkar has, according to the UNDP, the highest level of inequality in . The Lebanese state bears much responsibility for this situation: public investments in basic infrastructure and services such as health and education but also in agricultural development and small industries have been minimal. 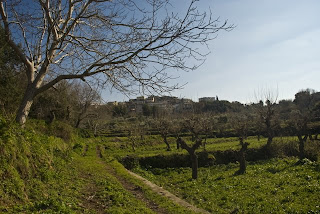 Poverty and inequality lead to extremism and to political violence. Major investments are immediately required in the basic sectors, such as health and education, but also in the productive sectors, such as agriculture, in order to help the poor construct sustainable livelihoods. Akkar’s natural resources endowment combined with a significant rural society offer a tremendous potential that must be captured. In light of the dramatic increase in world food prices, this is the moment to do so.

What is the village in the first picture? Tks.

Small village on the road from Halba to Rahbeh. Cant remember the name

So elementary, isn't it?
Busy, well fed and sheltered people are hard to recruit for war....by anyone.
Terry

Tks Rami. I don't know about the road from Halba, but the area is amazing.

The view looking south with the highest point in Mt Lebanon is unique.

The valley bet. Sir and Fneidek, the road from Ammu'a to Hermel, Jabal Akkroum, even the coastal road has a beach...

Akkar's potential is huge, but of course we will mess it up.

Youth is not wow gold a time of life;world of warcraft gold it is a state of mind; cheap wow gold it is not a Maple Story Accounts matter of rosy cheeks, red lips and supple knees;mesos it is a matter of the will, a quality of the imagination,wow gold kaufen a vigor of the emotions; it is the freshness wow geld of the deep springs of life.maple story mesos Youth means a tempera-mental predominance of courage over timidity, of the appetite for adventure over the love of ease. This often exists in a man of 60 more than a boy of 20.wow gold farmen Nobody grows old merely by a number of years.maple story money We grow old by deserting our ideals.ms mesos Years may wrinkle the skin, but to give up enthusiasm wrinkles the soul. Worry, fear, self-distrust bows the heart and turns the spring back to dust. Whether 60 or 16, there is in every human being’wow powerleveling s heart the lure of wonder, the unfailing childlike appetite of what’s maple story money next and the joy of the game of living.powerlevel In the center of your heart and my heart there is a wireless station: so long as it receives messages maplestory powerleveling of beauty, hope, cheer,world of warcraft power leveling courage and power from men and from the Infinite