During the closing session of the day, we had a long discussion about the themes we had raised during the day. Most importantly, the issue of livelihood diversification (LD) was addressed. LD has become central to most rural development plans, after people who did livelihood analysis in the early 90's discovered that most farmers had to do other things as well in order to be able to survive. Instead of lamenting this sorry state of affair and doing something so that farmers remained farmers in charge of making food for the people, the geniuses decided that this was the way to go, and that every farmer should become also an entrepreneur, a taxi driver, a tour guide, a marketing expert, a school teacher and a belly dancer. This is necessary (as is still believed) because farming alone cannot feed a rural family (read: does not produce enough surplus). So instead of addressing this issue: why doesn't farming provide enough revenues for a decent life and to try to understand food regimes, and trade and access to resources, especially land, and access to technologies, and the roles of banks and of credit in order to ACT on them and change the status quo and work for social and environmental justice, they decided that the last resort strategy of the rural people was actually the way to go. As it was put in the discussion: "they took our despair and turned it into a livelihood option which they advocate to us! This is not an option: it is a situation we were forced into by the injustice of the system. The irony is that this is brought onto us by a bunch of technocrat experts who are very happy into their specialized jobs, and who work 9-5 and who want us to juggle 4 jobs at the same time".

I guess that the new-ish talk about "the multifunctionality of landscape" is along the same lines, but the land cannot complain loudly about having to claim to be many things in order to justify its existence.

All these discussions were happening in French, so the French people with us (the majority) gave me their version of "you speak really good Arabic". It goes like this: "You speak really good French and you have no accent. You must be originally French". And here I say: "No, I'm an Arab but I used to read a lot of bande dessinee". And then one French person said: "You have a slight Belgian accent, you are from Belgium, right?" And I said: " I've never been to Belgium, but I read all the Tintin." The conversation usually ends here.

Below: some photos of the souk where I got a beard trim while watching Haneen al Zoghbi on Al Jazira. 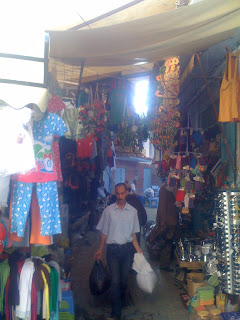 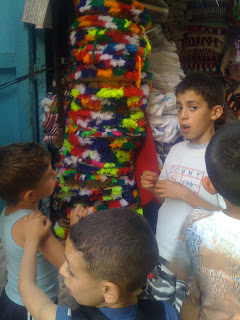 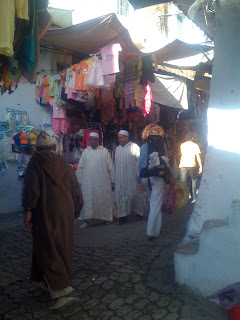 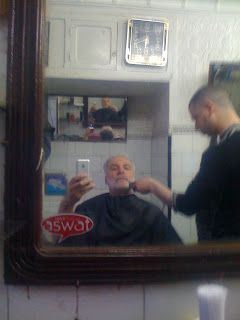